Dutch schools expect parents to regularly attend and assist the school of their children and to support the children at home with schoolwork and school life.

The project named “More Chances With Parents” (Meer Kansen Met Ouders) is meant to connect parents with their children’s school with the objective of helping and supporting their children with their education.  School-parent relationships are essential in preventing absence and dropout. 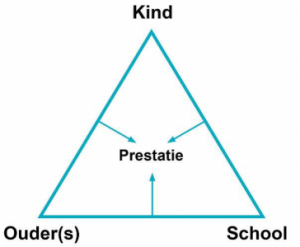 The Hague is a multi-ethnic city. Over 50% of the 500.000 inhabitants are non-Dutch from origin. This includes second and third generation descendants of migrants. The discourse on school–parent relationships in most countries of origin differs from the Dutch discourse.

Dutch schools expect parents to regularly attend and assist the school of their children and to support the children at home with schoolwork and school life. Many parents are used to uphold a hierarchical distance concerning school life and personal life (sometimes because of their migrant background, but certainly not always).

This difference in discourse causes misunderstanding and disinterest between schools and parents. Parents do not understand and act as partners of schools; schools are disappointed and misinterpret this behaviour as disinterest of the parents in school. Since school-parent relationships are essential in preventing absence and dropout, the City council felt responsible to address this problem.

The starting point was not an action-oriented analysis, but a scientific analysis of the problem and root causes. This was conducted by a local higher education institute. The results showed the difference in discourse as mentioned above. This was discussed with schools, civil servants and the scientist. A project was developed in common agreement and on scientific base. This project appeared a major turning point in school-parent relationships at participating schools, and over the next 10 years more than 60 primary schools and more than 10 secondary schools participated in this project. The project is named “More Chances With Parents” (Meer Kansen Met Ouders).

The program focuses on schools as a starting point for changing relationships. Participating schools undergo a project on changing the culture within the school. The culture-change program focused on the images, goals and roles the schools wish to see parents in. Complaints on parents and their ‘bad’ behaviour were explicitly not the starting point; you yourself are the key to change. The project consisted of team-analysis, trainings, the formation of an internal working-group on parental involvement, including a member of the management of the school, and the appointment of a parent-coordinator. This person was responsible of making a school policy plan on parental involvement, in cooperation with the working group, and where possible, with parents. The project was guided by the higher education institution. After two years mental change was constituted and action plan delivered. The result was a more opened attitude from school to the parents, which resulted in more and better relationships between parents and schools. Parents felt welcome and learned what their roles as supporters of the school could be and could consist of. This change in parents’ mindset was highly appreciated by the schools. All the schools who participated in this programme have a highly active parent population both regarding institutional activities as well as regarding their involvement in their children’s school-life.

Main characteristics of the challenge, description of the target group

Heldring VMBO is a secondary school for basic theoretical and practical vocational training in The Hague. It is one of 96 secondary school locations in The Hague. The population of the school mainly consists of children with migrant background. The Social Economic Status (SES) of students, parents and their social environment is on average low.

The students come from the whole area, with travel time varying from 10 minutes to more than an hour by public transport. At other secondary schools this travel barrier prevents physical involvements of parents in school life of their children. Heldring VMBO broke this barrier and created intense relationships with parents. This leads to parental involvement in school life of the children at school and in their homes.

Heldring is one of the few secondary schools who realised that taking up this challenge is less difficult than imagined, especially since most primary schools already had similar projects about parental involvement. The parents already were opened to a more intense relationship with the school. The ground was fertile and Heldring VMBO seeded this ground with their own tailor-made programme for parents, within the framework of the More Chances With Parents-programme. Heldring VMBO is now one of the most successful secondary schools regarding parental involvement in The Hague.

The local government initiated the project in close cooperation with Heldring VMBO (secondary school) and the Haagse Hogseschool (local University).

The city council subsidised the change-programme for two years. After finishing it, the school can get finance for staff working-hours meant for keeping up the internal and external agenda of the school on parental involvement.

The ‘Haagse Hogeschool’ developed and guided the project ‘More Chances With Parents’. This project is scientifically based. It takes into account the reality of the school, sets the school as starting point for change, involves the whole team and management, sets one person as liaison officer within the school to keep colleagues on track, and makes long-term investments in the cultural change.

Heldring VMBO is one of the secondary schools in the city which successfully implemented this programme.

Point of departure of Heldring VMBO is: ‘every parent wants to be involved in the school life of his/ her child’

Keywords in the approach toward parental involvement are:

2. Heldring VMbo has a parent’s coordinator

The Parents Coordinator is a staff-member (not a teacher) within the school. The parent’s coordinator has a clear job description. She keeps in touch with parents at the micro-level: she calls them if they do not show up and she visited them even at home. Besides, she is also the person dealing with absence. If children regularly are late or when they don’t show up in the lessons, she immediately contacts the parents to ask what’s going on. It is important that this is not an external person, but someone who has a true connection with the school. In this way, she has a familiar face to all parents, so that they have easy access to her and don’t experience barriers in this contact.

This parental participation forms the basis of an early warning system on problems that may lead to absence and dropout. The preventive approach resulted in significantly less absence and dropout rates compared to other secondary schools, despite the low SES of the students and their parents.

Heldring VMbo has the following challenges:

The Hague University for applied sciences

You can also upload your own good practice